Apraxia of speech (AOS) is a speech sound disorder that causes difficulty for affected people to say what they want to say correctly and consistently. It is a neurological disorder affecting the brain pathways involved in planning the sequence of movements necessary to produce a speech utterance. Severity can range from mild, causing difficulty with only specific speech sounds or certain words, to severe, where the person needs to communicate with methods other than speech.

What Causes Apraxia of Speech? 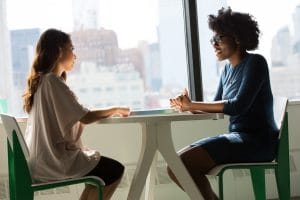 It’s important to note that AOS is not caused by weakness or paralysis of speech muscles. Speech problems caused by poor muscle control or weakness of the jaw, tongue or lips involve a different speech disorder called dysarthria. It is possible for a person to have both AOS and dysarthria, which makes diagnosis difficult.

What Are the Types of Apraxia of Speech?

Childhood AOS tends to affect boys more than girls, and it’s commonly the case that children with this type of AOS have a family member with a communication disorder or learning disability, indicating genetic factors may play a role. However, the causes are not well understood, and imaging and other studies have not found evidence of brain damage or differences in the brain structure of those with childhood AOS.

Acquired AOS can affect anyone at any age but typically occurs in adults. Unlike childhood AOS, the causes are more apparent: usually, damage to parts of the brain involved in speaking. This can be the result of a stroke, head injury, tumor or other illness affecting the brain.

Acquired AOS may occur with other conditions caused by damage to the nervous system, including dysarthria and aphasia, which is a language disorder.

For more information or to schedule an appointment with an expert, call Topeka ENT today.