While sheltering in place during the age of COVID-19, many have begun to feel the effects of loneliness. But for people with hearing loss, especially seniors, this feeling won’t stop when businesses and public spaces reopen. Multiple studies have shown a connection between untreated hearing loss and feelings of loneliness in seniors. 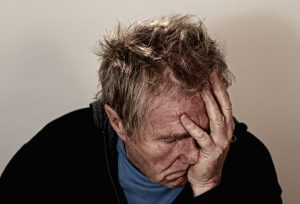 In the U.S., one in three adults over 65 years old experiences hearing loss. This number jumps to one in two for those over the age 75. This is in large part due to the natural aging process as well as a lifetime of noise exposure.

While loneliness and isolation are often discussed together, they are two distinct areas. Social isolation is a state where an individual lacks a sense of belonging and engages with a minimal number of contacts. Loneliness, however, occurs with or without being socially isolated; it is the subjective feeling of isolation and lack of intimacy, regardless of whether one is surrounded by others.

Hearing loss is associated with both.

One 2014 study published in Otolaryngology – Head and Neck Surgery found that hearing loss is associated with an increased risk of social isolation among older adults, especially women ages 60 to 69.

Another study, published in Ear Hear in 2009, found that for every decibel drop in hearing perception, the odds of becoming severely lonely increases by seven percent. In other words, as hearing ability declines, loneliness intensifies.

The Effects of Loneliness

Loneliness is now considered as dangerous as smoking 15 cigarettes a day. It is associated with high blood pressure, elevated stress hormones, weakened immune system and depression. Studies have shown that loneliness and isolation raise the risk of dementia by 40 percent and the risk of early death by 26 percent.

Hearing loss has its own set of dangers – raising the risk of dementia by 50 percent, depression by 40 percent and falls by 30 percent, according to a study published in Jama Otolaryngology – Head and Neck Surgery.

What You Can Do

The above statistics may be scary, but they reflect the impact of hearing loss that goes untreated. Johns Hopkins is currently conducting a study on the degree to which hearing loss treatment can alleviate these risks, and researchers seem hopeful. Hearing aids improve quality of life for many people, helping them gain confidence and be more willing to venture out for social engagements.

To talk to a provider about the benefits of hearing aids, call Topeka ENT today.