Everybody sneezes: true or false?

OK, that one’s a given. But there are plenty of other facts about sneezing that you might not nose about. (We apologize for that one. Sincerely.) Your Topeka ear, nose and throat doctor has compiled some interesting information about sneezing.

Why Do We Sneeze? 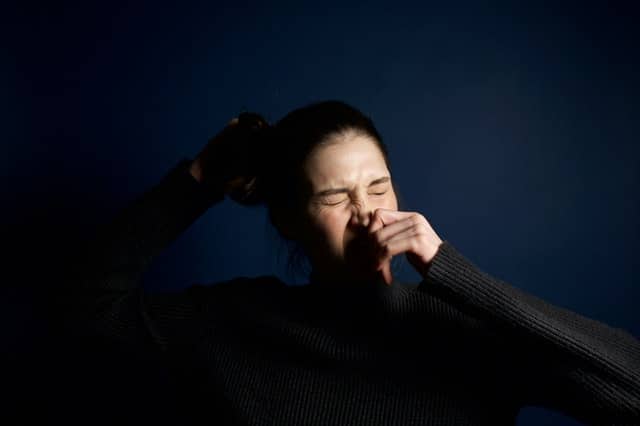 Let’s start with the most obvious question: what is a sneeze, and why do we do it?

A sneeze is an involuntary expulsion of air that helps clear the nose and throat of irritants such as dirt and bacteria. Normally the nose traps this debris in mucus, which is then digested by the stomach and neutralized. Occasionally, irritants enter the nose and cause irritation to the mucus membranes lining the nose and throat. This causes you to sneeze, often with little or no warning. The medical term for sneezing is sternutation, which would make an excellent Final Jeopardy question, come to think of it…

There are a number of things that can trigger a sneeze. Two of the most common causes are allergies and viral infections.

Allergies are the body’s defense mechanism against potentially harmful substances. They occur when the immune system perceives an otherwise harmless organism as a threat. Sneezing is your body’s way of expelling these substances.

Infections caused by viruses (typically colds and flu) also frequently make you sneeze. There are more than 200 different viruses that can cause you to develop a cold, which explains why doctors haven’t found a cure for this common ailment. The majority of colds are caused by the rhinovirus.

Other sneezing triggers include:

Sneezes are annoying and sometimes occur at inopportune moments but rarely signal anything serious.

Sneezing is the body’s way of getting rid of irritants in the nose and throat.

How Can I Treat a Sneeze?

The best way to prevent a sneeze is to avoid the substance that triggers it. Obviously, this isn’t always possible. Your Topeka ENT doctor recommends “sneeze-proofing” your home by taking the following steps to reduce irritants:

If an underlying condition, such as allergies or infection, is causing your sneezing, your doctor can work with you to come up with a treatment solution. This might involve over-the-counter or prescription medications, immunotherapy (allergy shots) and nasal sprays. Getting plenty of rest and drinking fluids to keep hydrated will help your body heal more quickly.