The American Academy of Pediatrics estimates that approximately three in every 1,000 babies are born with hearing loss. Fortunately, in 2000 the federal government implemented a program with a goal of having all babies screened for hearing loss within a month of birth, diagnosed by age three months and enrolled in an intervention program by six months.

Before the program was implemented, most cases of childhood hearing loss were not identified until the child was two or three years old; by this point, children would have fallen significantly behind in their speech and language development, setting them up for difficulty communicating and trouble in school.

How Does a Newborn Hearing Screening Work? 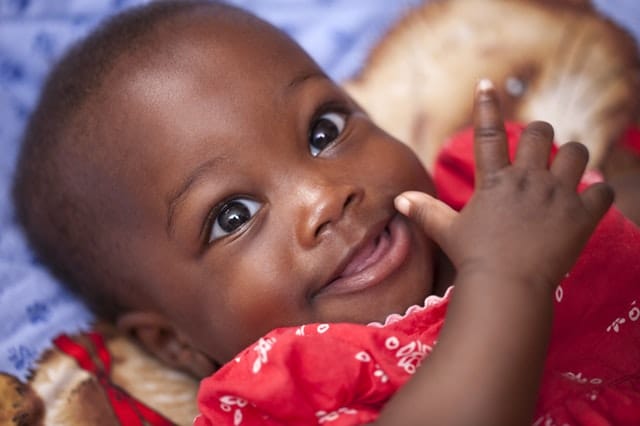 Hearing screenings are quick and painless, and typically take place in a bassinet near the mother’s hospital bed. They work best when the child is calm and the room is quiet.

“A lot of times we swaddle the baby so that the baby is comfortable and can sleep, put the probe in the ear and that test doesn’t take more than five to seven minutes per ear,” explained Irene Sideris, a pediatric audiologist at Children’s National Hospital in Washington, D.C.

What Do Screening Results Show?

When babies don’t pass the initial screening, they get referred, which means that the doctor recommends a follow-up screening within a few days or weeks. A baby could be referred for many reasons, including fluid or other debris in the ear causing blockage. In these cases, babies typically pass their follow-up screening.

What Happens if a Baby Is Referred?

When a baby is referred after their initial and follow-up screenings, they undergo a full hearing test to show the exact type and degree of hearing loss.

For cases of mild to moderate hearing loss, a baby may be fit with hearing aids, such as Georgina Addison, who was fit with sparkly over-the-ear hearing aids at just six weeks old. Watch her reaction to hearing her parents’ voices for the first time below:

In cases of severe to profound hearing loss, a doctor may suggest a cochlear implant. Rather than simply amplifying sound like a traditional hearing aid, cochlear implants bypass the damaged part of the inner ear and directly stimulate the auditory nerve. Four-year old Betty Schottler practices her sounds with her mom every morning to make sure her cochlear implant is working properly.